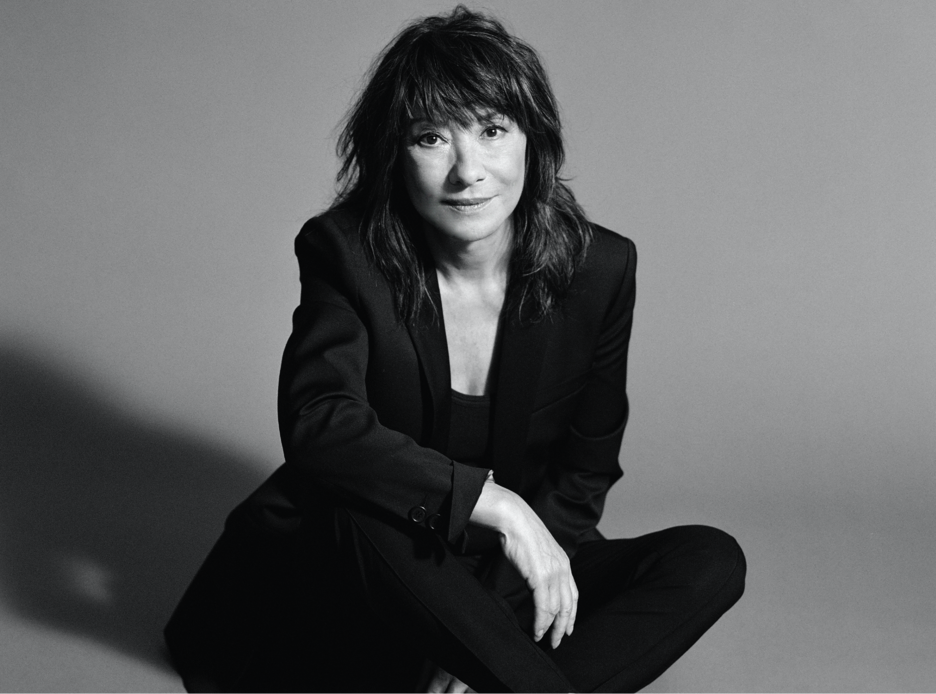 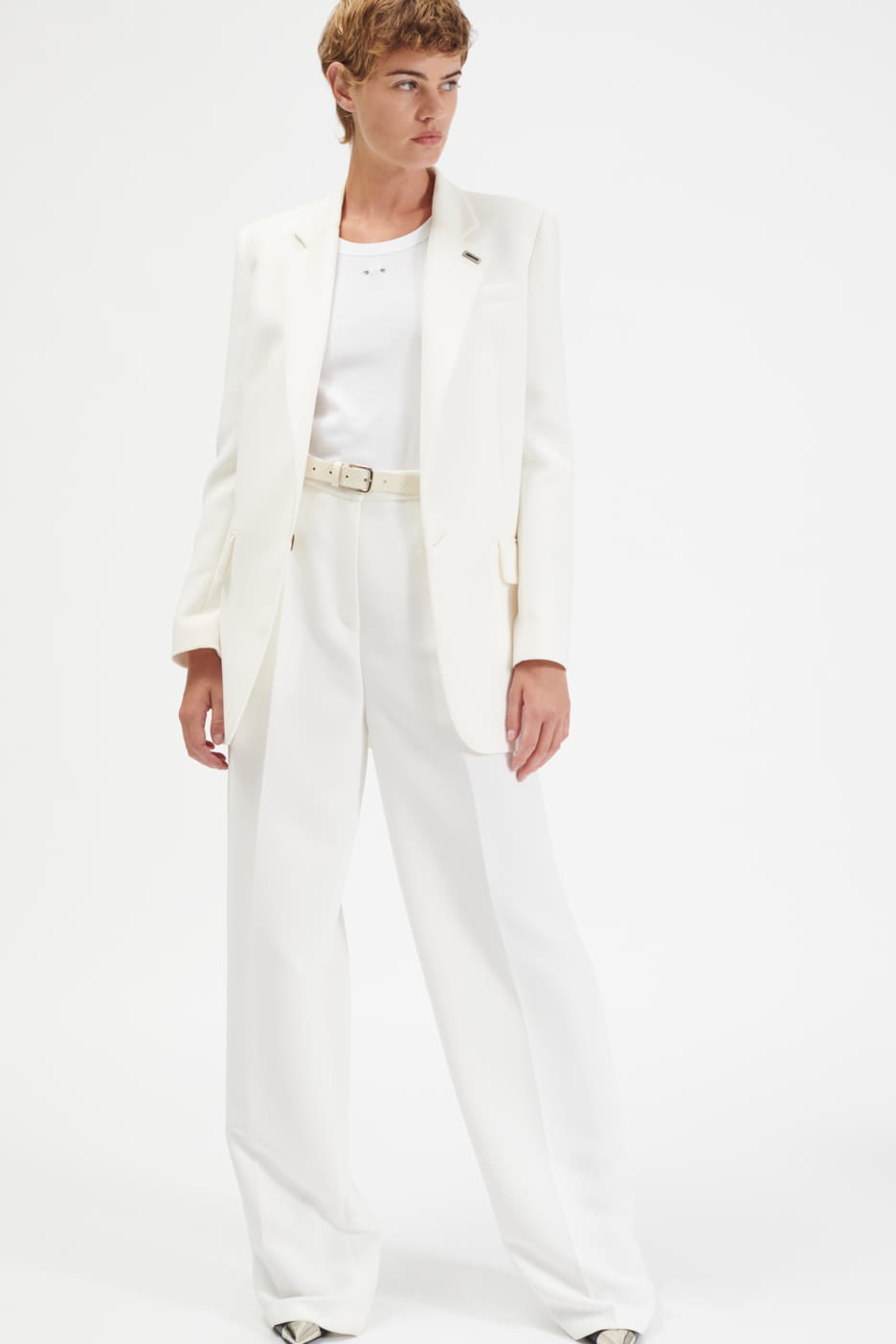 After studying literature, Barbara Bui felt the need to express herself and to create for others. An autodidact, she decided to use fashion as her main tool and created her own eponymous brand in 1987.

Inspired by rock music and the 70s, she quickly became renowned for her use of leather and tailoring. Year after year, with a large part of pieces and techniques being borrowed from menswear dressing, Barbara strongly built on the need not only to dress women but, most importantly, to empower them.

Last year, she decided to extend her offer and create a menswear line following the same codes of womenswear collections - proving that her creations can express both femininity and masculinity.

We met with Barbara before the launch of her Spring/Summer 2021 collection, which she defined as a journey in time, from Spring to Summer, cleverly guided by her trademark choices: leather, tailoring as well as splashes of bold and soft colours.

Your SS21 collection in three words ?
“Positive energy”, “self confidence” and “power dressing”.
Your main inspirations for this collection ?
I designed this collection like a time travel, a season travel, from spring to summer. Some garments are quite protective, giving a rock energy from the beginning, with leather and barathea, a joyful tailoring with strong colours for spring, like shocking pink… The challenge and the pleasure is to bring creativity through a simple piece like the tee-shirt, that is usually more casual. The seduction comes as a surprise with several plunging back necklines; and of course the purity of the white, with the total monochrome look for summer and spring.
Your favourite look from the collection ?
The white suit.
How and why did you decide to launch your own brand ?
It’s a very personal adventure, because I didn’t graduate from a fashion school, I am a self-taught designer. I wanted to express the point of view of a woman, which I could’ve done through writing, but I took the fashion path to tell what I had to tell to women, and express their paradox of strength and sensibility.
To embark on something that I didn’t know anything about, quickly turned out to be a way of expressing myself.
How could you define the “Barbara Bui woman” ?
She is a Woman with a strong personality, self-sufficient, who claims a freedom of being, with all her paradoxes… That’s where the Masculine/Feminine work comes from, it is for women with the strength of creating themselves.
Where did the desire to create a Menswear line come from?
It was quite logical to get to a Menswear line, because I often used pieces borrowed from the men’s wardrobe. Somehow, it was only fair to launch a separate Menswear collection.
We could perceive it as Genderless, but I’d rather say that it expresses the personality of both a man and a woman. A man is also allowed to show a sensibility and doesn’t have to associate with the cliché of a male and manly attitude no matter what.
So yes indeed, it gives an idea of a shared closet, an idea of clothes that men, as well as women, could appreciate.
What are your favourite books and authors ? Are there specific authors that inspire you for your work and your collections ?
It varies a lot, because I can enjoy lyrical texts, as well as poetic ones. I am currently rereading Marguerite Duras. I forgot it a bit, and I really appreciate the simplicity of her writing, that is strong at the same time. We completely merge with the characters.
I also like Stefan Zweig, and sometimes, I read biographies as well, like the one written by Gérard Depardieu. I was amazed by his life force. This talent from within, without any baggage, family culture, study, and his natural easiness to get into writing. It’s similar to an artist or a painter, like Basquiat, that have an internal emergency. It’s a gift.
What are the artists that inspire you the most ?
Soulages, for the intensity of the black, and almost the light that is in the black.
Photography wise, David Bailey, because I worked with him and he is one of the first photographers that represented the rock spirit in his work, throughout the pictures taken of the Rolling Stones, in the 1960s, where there is this roughness, very simple. He is one of my favourite photographers.
I really like the videographer Bill Viola as well, for his existentialism et his way of expressing time passing or seconds that could last forever, it was a big emotional shock when I discovered him.
Also, Pina Bausch, the dancer, with her emotion and strength. Everything is in the emotion, it makes us ask ourselves questions and her moves are extremely beautiful.
What is the place that inspires you a lot or your favourite place ?
In Paris, I would say that it is the place where I live, around Le Marais, Place des Vosges, because in this neighbourhood, there is still humanity and a sweetness of life.
For a getaway, it could be Bretagne, because I spent most of my childhood, teenage years and youth in my family home there. There is also strength, intensity and truth.
More in the South, I would say Formentera for its wilderness, I also discovered Les Landes this summer, a well preserved region in France.
If you could live in another era, which one would it be ?
Maybe the 1970s, not for its fashion, for the freedom and the recklessness that we lost.
A lot of things happened thereafter, like AIDS, and we’re currently going through a global epidemic. Wars are not over yet…
But let’s not avoid things (laughs), it is useless to seek recklessness, but it’s true that there was a sense of libertarianism, very optimistic, almost utopist. 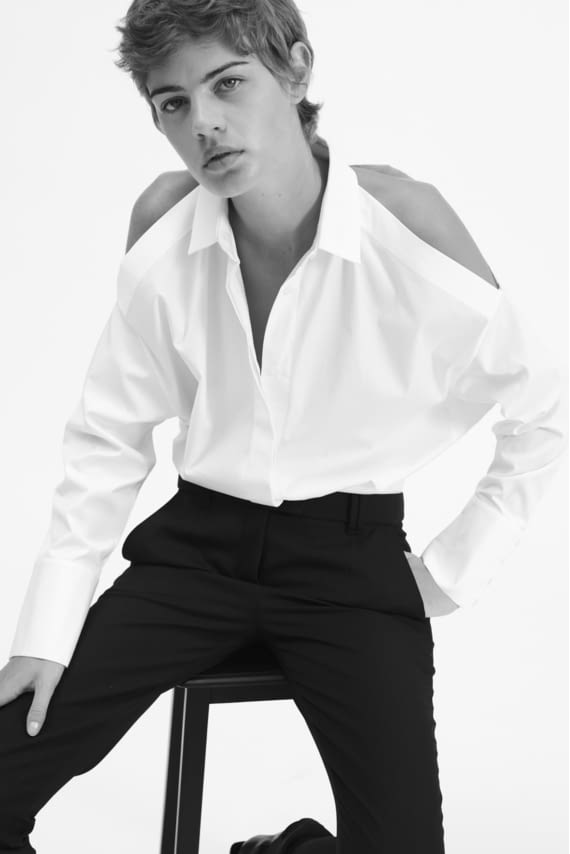 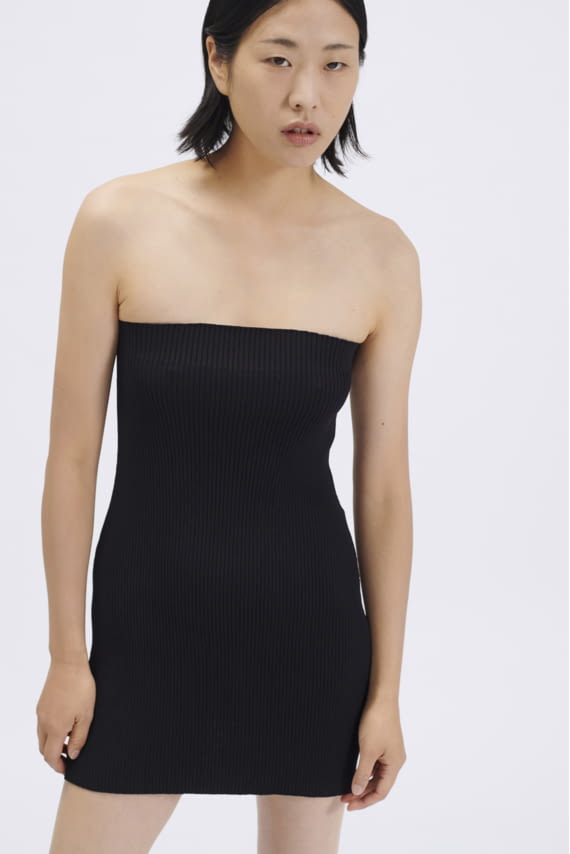 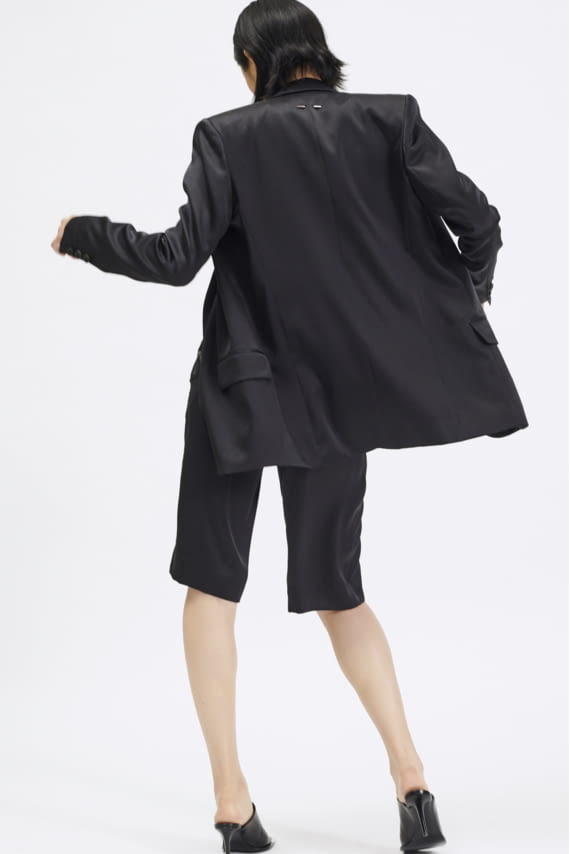 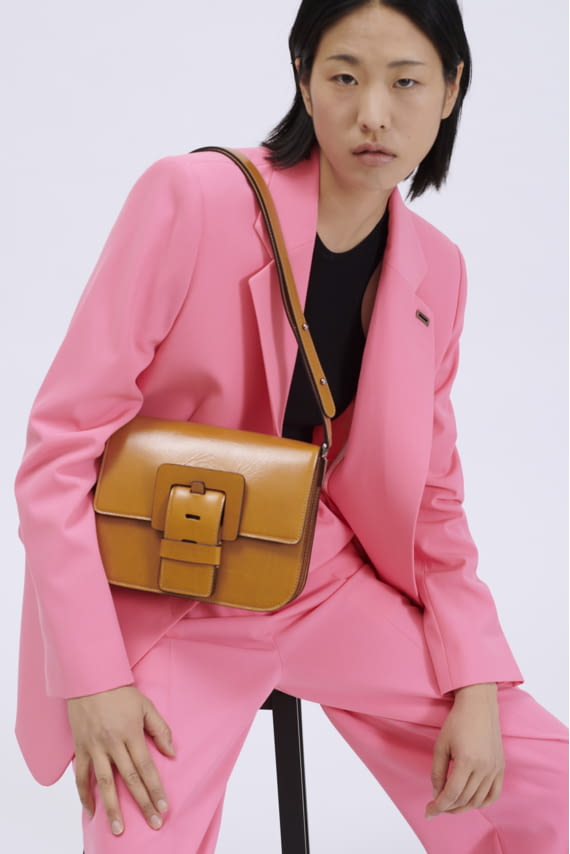 See all the Barbara Bui
Spring/Summer 2021 looks
By continuing your visit to the site, you accept the use of cookies to provide us with anonymous statistical data to understand how our site is used. You can oppose these cookies and change the settings by clicking on the following link. Learn more and set cookies
To access this section,
please login or register for free