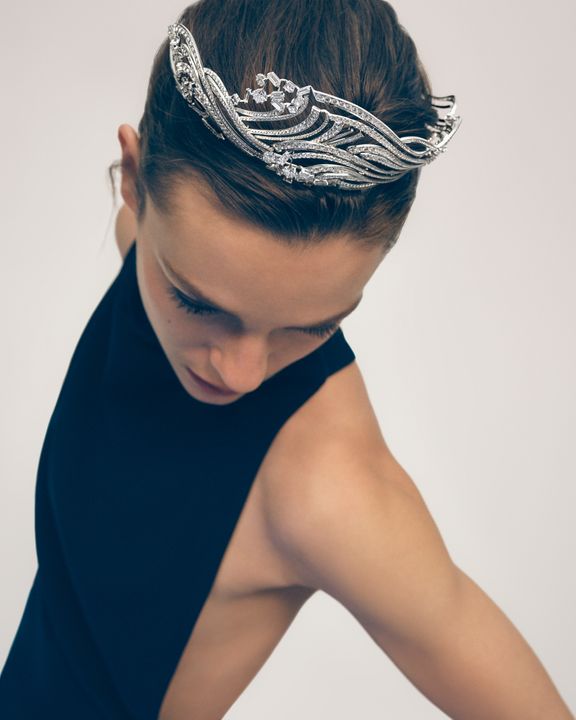 For more than two centuries, the natural elements, especially water, have been a major source of inspiration for Chaumet. With Déferlante, the new High Jewellery capsule collection, the Maison is writing a spectacular new chapter. Captured in motion, breaking waves animate the eight pieces that make up the parure, which includes a secret timepiece. As an extension of Torsade de Chaumet, the Maison’s previous High Jewellery collection and an ode to life and movement, Déferlante concentrates on Chaumet signatures, from the tiara to the transformable jewel. In a fusion of contrasts, the collection possesses the grace inherent in Chaumet creations, capable of evoking ears of wheat caressed by the wind or the flutter of a bird’s beating wings. As a carefully balanced mix of tensions, Déferlante distils the effect of gushing water in its combination of sizes, virtuoso settings and bold angles.

As exemplified by the tiara in the parure. Emblematic of the stylistic repertoire of Chaumet since the first piece was realized by Nitot for the Empress Joséphine, who adopted it as a statement of power, here it has been reinterpreted for a woman of the third millennium. Inspired by an archival drawing of a fountain, the Déferlante tiara conveys the rising wave with fascinating realism. The extreme complexity of the motif is a testament to the art of the line at which the Maison excels.  Created in white gold following complex stone setting and openwork, the piece is like a jewelled sculpture, owing its lightness to the way in which the gems have been mounted in bands. It necessitated no less than 1.600 brilliant-cut and step-cut diamonds, without any repetition, to captures the energy of the water surging onto the shore, in a large cut-down setting to evoke ocean foam.

The movement of water also infuses this three-row necklace with a superb sense of fluidity. As if carried off by the current, the diamonds spill down to the neckline which they illuminate in a shower of light reminiscent of the drops of a wave splashing the shore.

Among them, a superb pear-shaped diamond of 3.57 carats possesses an especially transparent purity. As Joséphine’s favourite cut, reminding her of dew droplets, the pear is one of the Maison’s signatures. Its centred point and perfectly placed shoulder stones imbue the piece with an articulated elegance.

The same is true with the magnificent 6.05-carat diamond set on an asymmetrical ring that can be worn with its wave motif running along the figure or without, in the spirit of a solitaire.

Equally in tune with the times, the brooch with seven diamond waves demonstrates a jewellery paradox. The powerful impact of its motif is matched only by the delicacy of its realization in which the jeweller’s sensitivity is evident, as each stone can only exist in a perfectly judged harmony with its neighbours and the virtuosity of a reduced three-claw setting.

This can be found in the parure’s earrings, which segue seamlessly into modern life. Covering the lobe with a glittering twist, one proposal accentuates the play of light created by the different positions and sizes of the round and square-cut diamonds. The princess-cut stones of the fully articulated pendant earrings appear to spring out, their fil couteau settings seemingly freezing them in flight. Inserted between the diamonds, these fils couteaux transform a secret timepiece into a glorious gush of light. 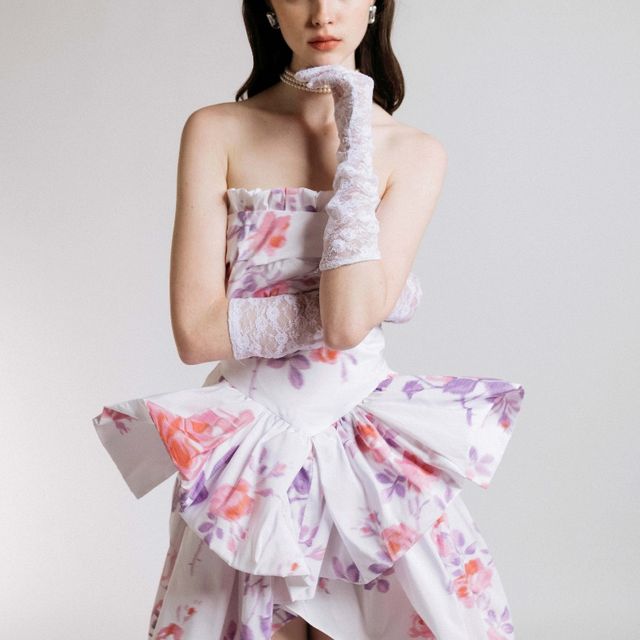 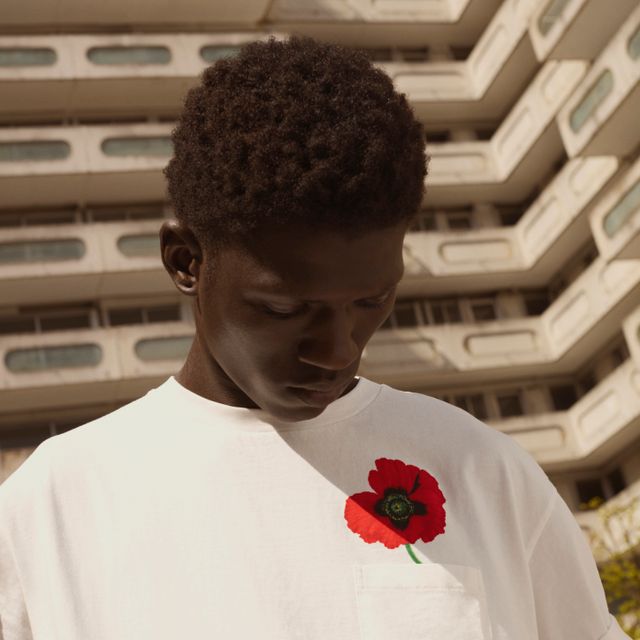