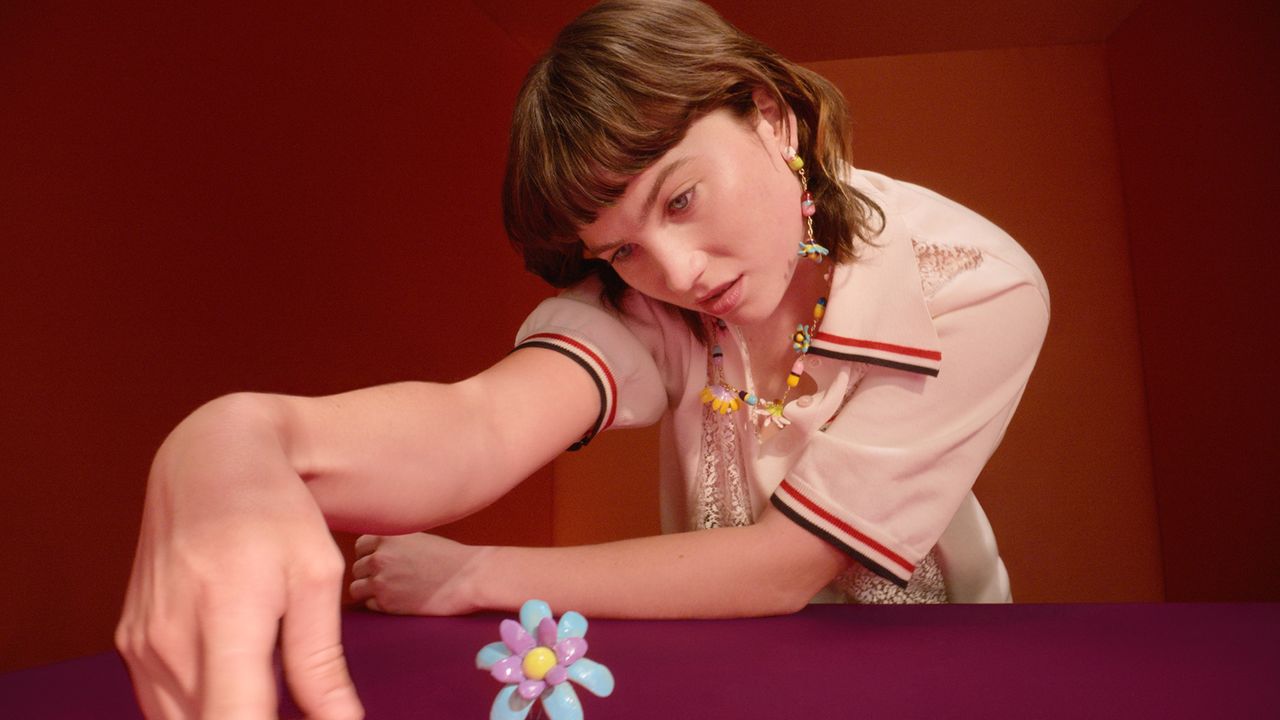 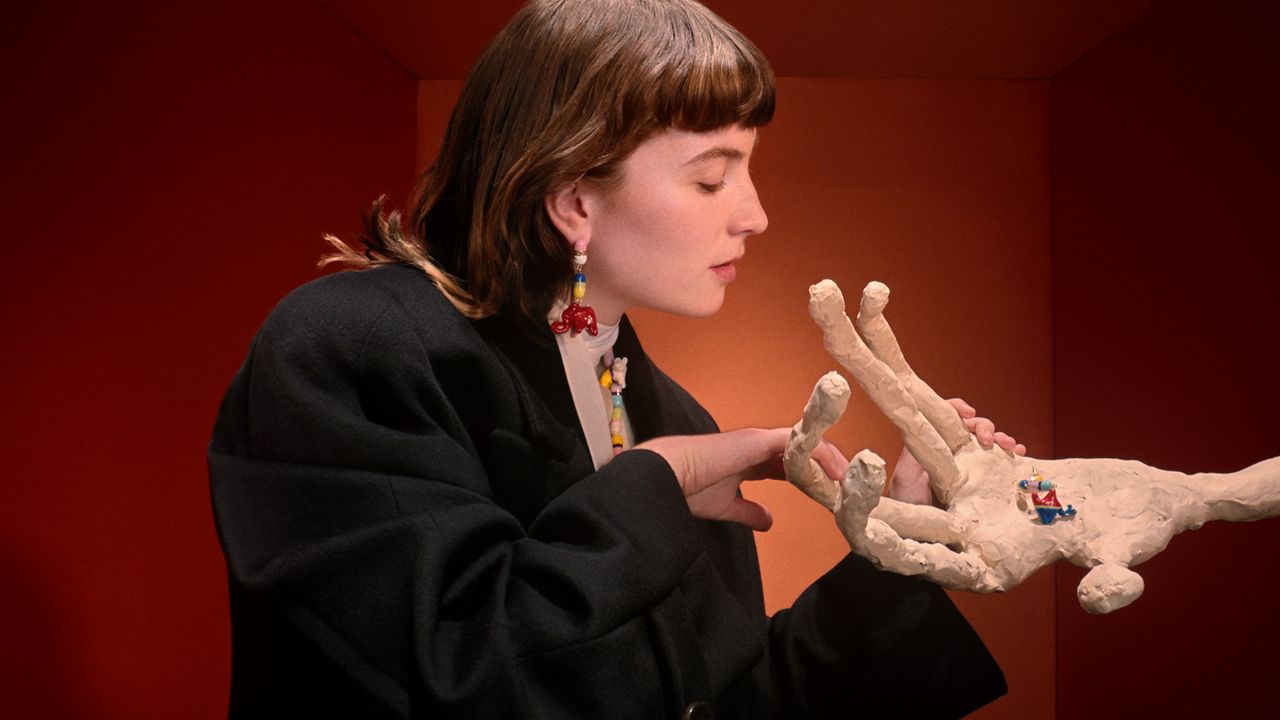 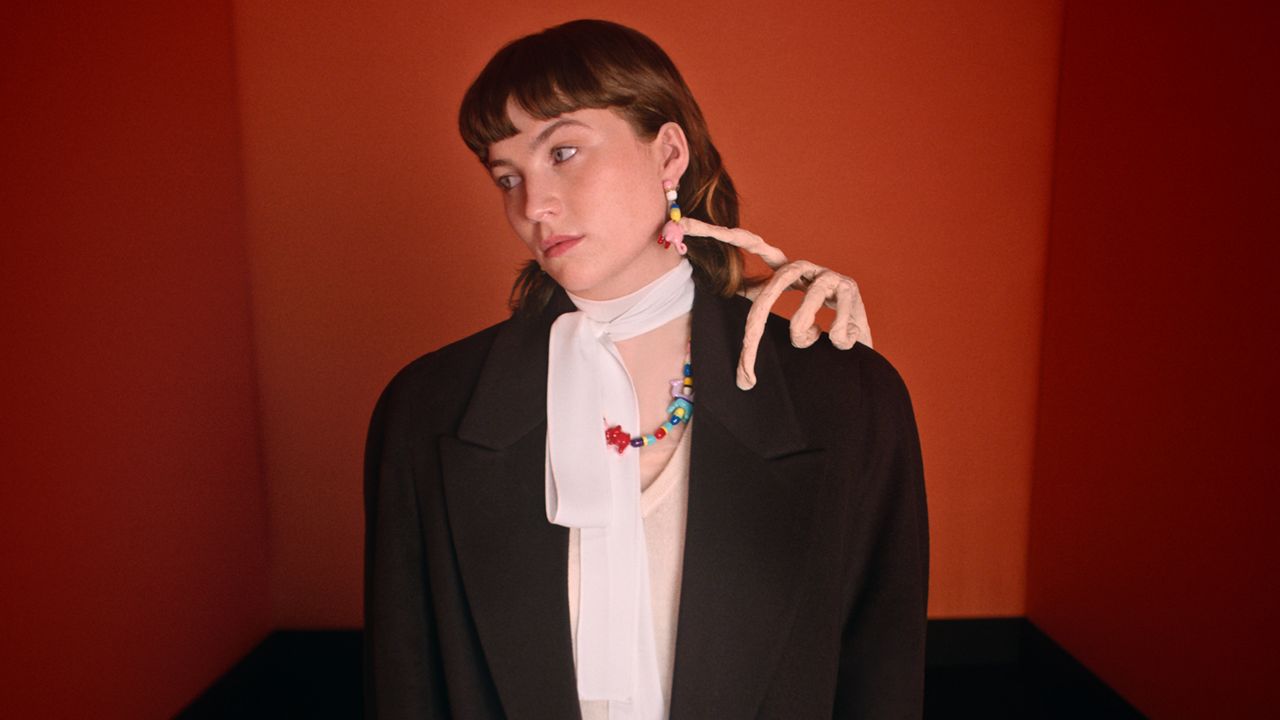 Miu Miu collaborates with the artists Nathalie Djurberg & Hans Berg, who designed the jewellery for the Fall/Winter 2022 collection. Broadening our perceptions of what fashion and adornment may represent, the partnership brings Miu Miu’s long term commitment to artistic intervention to tangible life.

Inspired by their 2015 sculpture series, A Thief Caught in the Act, in which colourful birds steal equally colourful pills and tiny animals from a table expressing, according to the artists, “the wish to escape with humour and gentleness,” the jewellery is tactile, apparently innocent but always with a hint of mischief at play. This not only expresses a tension central to Djurberg and Berg’s work but also to the Miu Miu handwriting, emphasizing the willful paradoxes at the heart of the brand.

Djurberg & Berg have named the collection, A Remedy. “We wanted the title to be comforting but exciting and a bit mystical,” they state. “We think it has many layers.” One such is the spell-binding effect of such small and perfectly formed artefacts on anyone who sees them.

Shiny ‘pills’ and naïve animal shapes challenge the notion of precious jewellery in its more familiar form but represent an intimate connection with the wearer and uphold the concept of something highly personal, conceived to be cherished, nonetheless. Both animals and pills are composed of hand-finished resin elements and hand-polished and galvanized metal in a nickel free gold finish. Assembly and decoration are also carried out by hand.

The jewellery is presented in special boxes stamped with Miu Miu branding and painted with flora and flauna in a fondant bright colour palette that echoes the contents. Upon opening, a carillon inside plays music composed especially for the project by Hans Berg.

Taking the collaboration to a deeper level still, as well as creating the jewellery, from design to packaging, Djurberg and Berg are responsible for the artistic direction of the accompanying campaign. Photographed by Julien Martinez Leclerc, this introduces the actor Isadora Bjarkardóttir Barney to the Miu Miu universe. She follows in a long line of emergent cross-disciplinary Miu Miu muses, united in their difference – in their passionately individual stance. Shot from extreme perspectives, the jewellery is seen through her eyes one moment, through ours the next and through those of otherworldly creatures the next – those birds again and an unfeasibly large skeletal hand. This reflects the intimate nature of the product while exaggerating its proportions in a way that is deliberately disorienting. Are the creepy interlopers giving the campaign’s star the jewellery or taking it away from her? No one will ever know.

“I first met Nathalie and Hans in 2005,” says Miu Miu founder and designer, Miuccia Prada. “Three years later we exhibited their work at the Fondazione Prada and since then, our dialogue has been constant. It has been so interesting to see how their work developed through time, encompassing different mediums, and always eager to confront with a new mindset. This is exactly at the core of our “A Remedy” project with Miu Miu, following the well-established tradition of “Artists as Jewellers” , but with a completely contemporary attitude”.

“Our work has always been a deeply personal exploration, a way to understand the world around us, to make sense and feel it from different angles,” say Djurberg and Berg. ”By expressing and creating we try to gather an understanding of what surrounds us.” And of A Remedy in particular: “It is good to work in different ways, to soften up the set paths your brain has taken. For us this was an opportunity to be playful and take on something very new. It makes you think differently and new and unexpected things appear.” 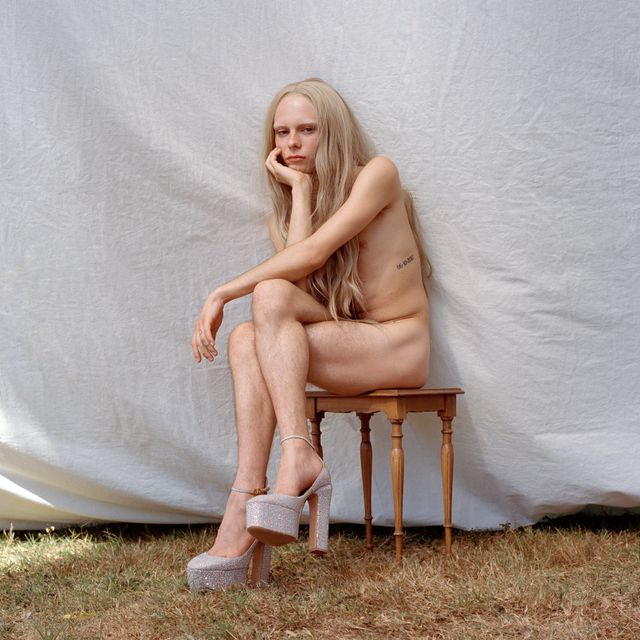 VALENTINO CELEBRATES INCLUSION AND INDIVIDUALITY THROUGH ITS CULT "TAN-GO" PUMP 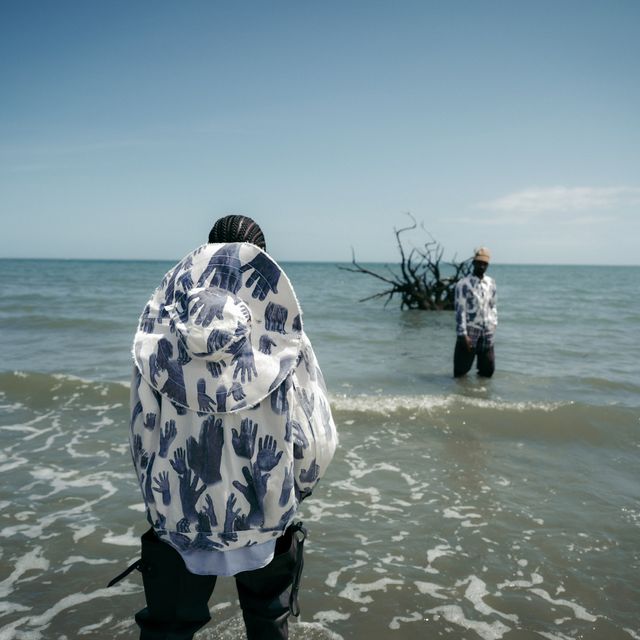