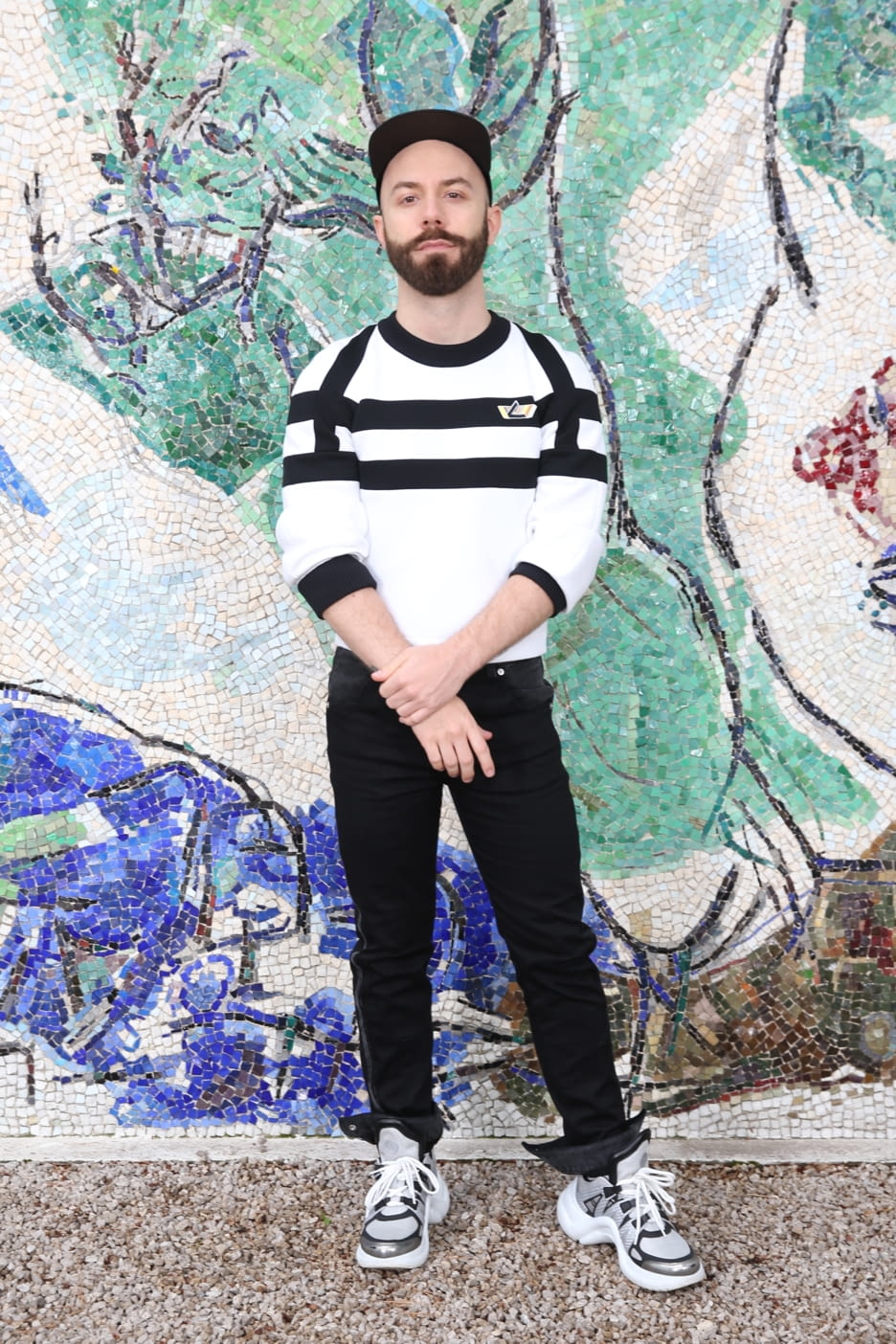 Music plays an essential role in the scenography of the Louis Vuitton shows, it determines the atmosphere of the collection. The Cruise 2019 show at the Maeght Foundation began with an orchestral performance in the Giacometti courtyard, signed by Woodkid, as well as the soundtrack of the show "On Then And Now". In the soundtrack, we hear the voice of American actress Jennifer Connelly reading excerpts from Grace Coddington's biography "Grace: A Memoir" as well as the Children's Choirs of Nagoya. The rhythm is jerky, repetitive, the music, haunting. It is the fruit of a long work between Yoann Lemoine (Woodkid) and Nicolas Ghesquière. They have already collaborated together, Woodkid had made the soundtrack for the Fall/Winter 2019 show and collection. Musician, composer and director, Woodkid became famous by realising clips for Lana Del Rey, Rihanna and Drake. His solo album "The Golden Age" had a great success in 2013 thanks to the aesthetics of the clips he had himself realised. We meet him at Saint Paul de Vence to discuss the process of sound work on a fashion show and his affinities with Louis Vuitton.

What is your biggest source of inspiration?

My biggest source of inspiration:
For music, images and for images, music.
When you work on a show like Louis Vuitton's show, what is the work process and how much times does it takes?
It takes usually the same length of times as the development of the collection. We see each other at the very beginning, when the first ideas are coming up, the first moodboards. We meet in the studio, we talk about themes. Sometimes, Nicolas already has think about musical references and sometimes not, as for the Resort 2019 show. We really went upstream. I love when he works with clash of ideas, he talks to me about big concepts, big lines and I try to find the musical equivalences. If he is able to bring these worlds come into clothes, my work is to be able to bring them into music..
The beginning of the music of Resort 2019 show was a bit similar to the last Fall/Winter 2018 show?
Yes, the work on chorale was similar. For Resort 2019, we worked with children's chorale of Nagoya. The idea of coolness was even more radical, especially the collaboration with Jennifer Connelly who lends her voice to music. We also worked randomly on extracts from Grace Coddigton's memoirs, destructured them and created rhytm with the sentences. We have this idea, somewhat repetitive of trance music, cult, obsessions, mantras. There was this idea since the beginning of the collection.
For you, why is it so important to link music and clothing?
Nicolas is really an artist, he intellectualises a lot and he tells stories with his clothes. I think it's important for him that the music is equivalent, that it has the idea of complexity. I also think that he likes the fact that it's compositions, unique things that people are discovering together with clothes. It's an incredible honour for me. It allows me to get out of my comfort zone and to do things with less pressure and more enthusiasm. This is incredible with Nicolas, he is always enthusiastic.
The Louis Vuitton Resort 2019 woman in three words:
Spiritual, complex, a bit crazy, a bit exuberant, free.
Will the compositions made for the fashion shows go out for the public one day?
For the moment, they belong to the show, we will see. I love the idea that the pieces of music are ephemeral pieces that are living at the show moment and are attached to the clothes. 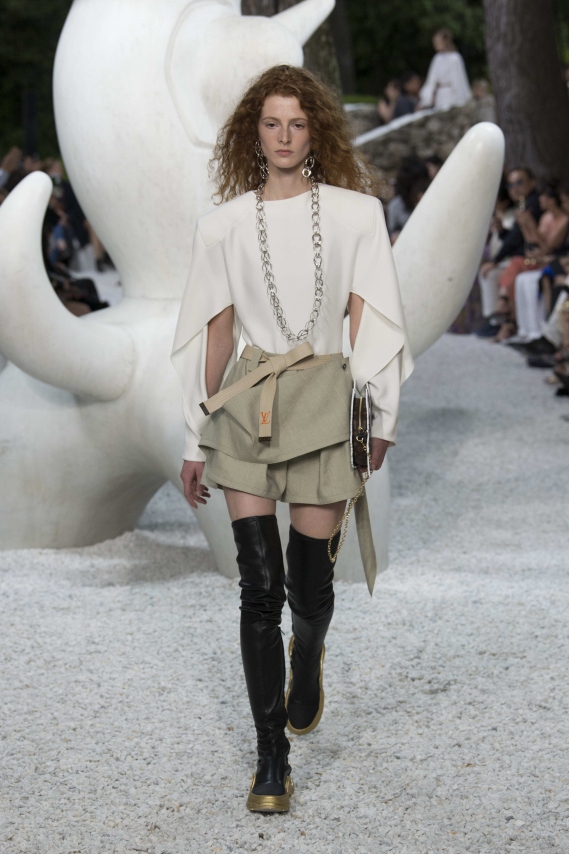 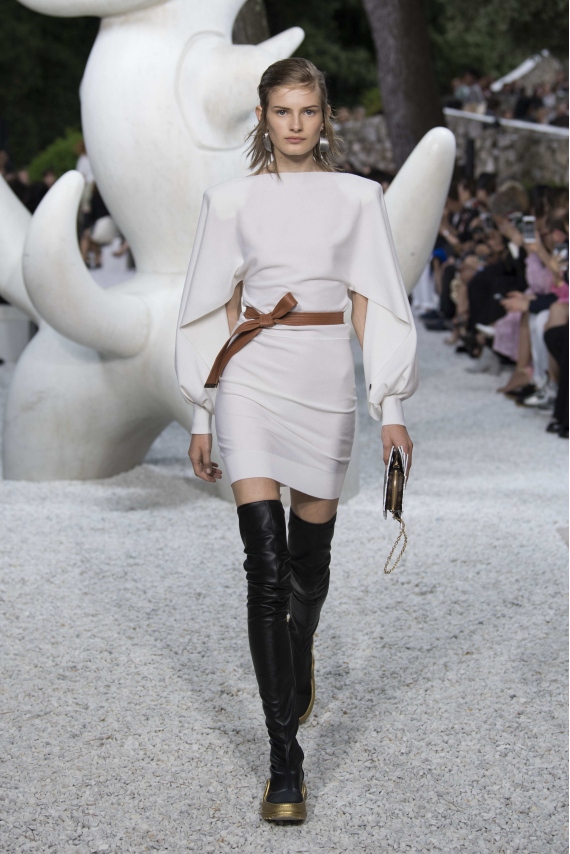 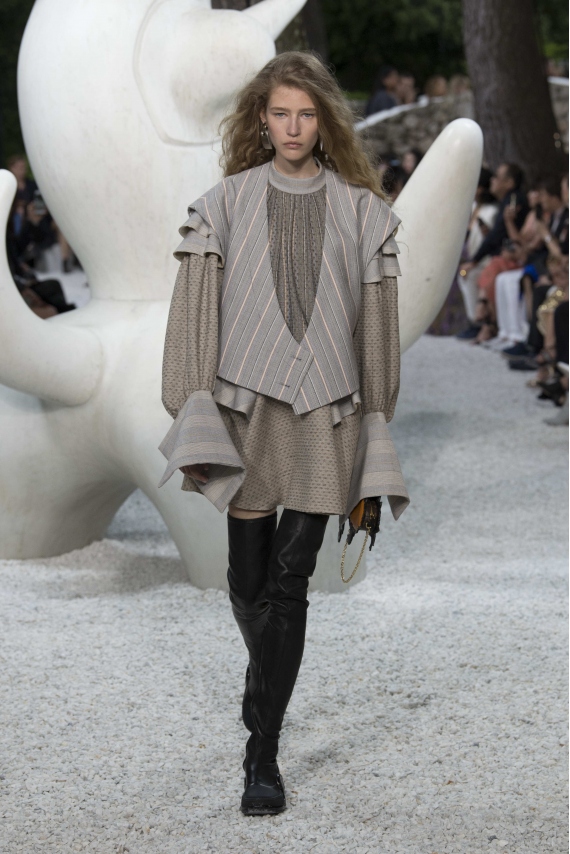 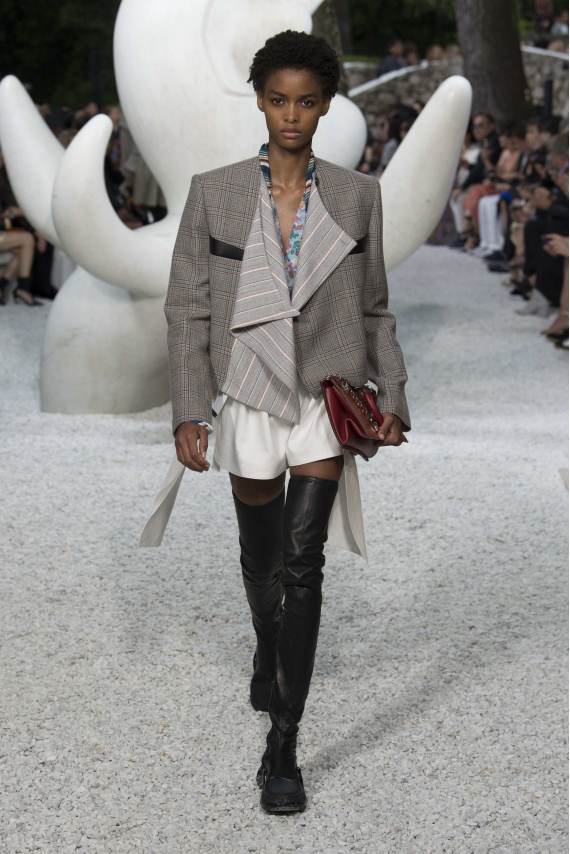 See all the Louis Vuitton
Resort 2019 looks
By continuing your visit to the site, you accept the use of cookies to provide us with anonymous statistical data to understand how our site is used. You can oppose these cookies and change the settings by clicking on the following link. Learn more and set cookies
To access this section,
please login or register for free